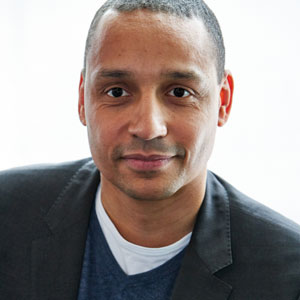 The Albanian Armed Forces have around 14,000 active members and a budget of $200 million. Why should that be of interest to you? Because the Albanian army, surprisingly enough, has become a symbol of the sometimes complacent and out-of-touch approach of traditional media houses when it comes to digital developments. In 2010, during an interview with the New York Times, the CEO of Time Warner, Jeffrey L. Bewkes, shrugged off the threat of Netflix as a serious competitor. “It is a little bit like, is the Albanian army going to take over the world? I do not think so.” While the Albanian army has not taken over the world, it feels like some of the new kids on the block have. Tech-driven companies seem to be outmanoeuvring older broadcasters on every turn. Netflix, Amazon, and Google have radically revolutionized the way we consume content–we are in awinner-takes-all race that has already been coined the “Streaming Wars.”

Important factors in the rise of these new platforms have been their uncompromising customer-focused approach, their strong digital mindset, and deep pockets that allow for aggressive spending on content. But do not write off older media brands just yet. Clearly, public and commercial broadcasters have quite a challenge ahead, but they seem to be increasingly ready to take it on. Here are five reasons why traditional players are about to make a comeback—

1. They have Got the Message

“We are aiming at a balance between our digital offer and broadcast offer within the next five years.” Our strategic goal as the Swiss public broadcaster SRG SSR is one example of the developed sense of urgency within those companies. While five years still seems like quite a long time in the digital age, this is no small leap of faith for a company that, like most big broadcasters, has many decades of business under its belt. Organizational structure, budget allocation, culture, workflows—everything is under scrutiny. Every major media company is now in alert mode and is defining its future success by its digital strategy. This might seem logical now, but looking back at recent years, it is a stunning change of tune.

2. They are Rediscovering the Value of Their Catalog

$100 million! Quite a price to pay for your best friends.

Every major media company is now in alert mode and is defining its future success by its digital strategy. This might seem logical now, but looking back at recent years, it is a stunning change of tune

But Netflix felt that this was worth it to hold on to legendary sitcom “Friends” through 2019. Catalog content from traditional broadcasters is a key source of success for its platform. According to Nielsen, out of the top 10 shows on Netflix eight, were acquired from other sources, with “The Office” and “Friends” taking the top two spots. But both shows will be pulled from the offering to new streaming services of Warner Media and NBC Universal. The strategy is clear: broadcasters are discovering the value of their intellectual property in fuelling their own platforms while at the same time being able to strike a blow at the emerging competition.

3. They are Ready to (Over) Spend As Well

Relying on old shows is not enough, so the arms race for new content–specifically series–is accelerating. Broadcasters have started testing their financial limits and are trading profit margins for the chance of grabbing the most land in this new age of digital promise. An impressive long-term strategy was executed by Disney, who bought Marvel Entertainment (2009) and the Star Wars franchise (2012) and thus laid the groundwork for an unprecedented catalog uniting pop culture’s most beloved characters. So it’s no surprise that executives at the “House of Mouse” are expecting up to 90 million subscribers to the upcoming Disney+ streaming service by 2024.

4. They are Coming Up with Good Technical Solutions

Content-related know-how has always been a key for broadcasters while digital UX expertise has often been limited. One major advantage of Netflix is its great approach to user experience. But the days of distinguishable UX might be over when it comes to streaming platforms. There are various professional video solutions on the market that offer broadcasters turnkey solutions. Putting your content on a competitive streaming platform with convincing user experience is no longer rocket science.

5. They are Ready to Partner Up

Stronger together—this is the underlying industry tactic to win the battle ahead. We have recently seen major acquisitions and partnerships: Disney acquiring 21st Century Fox, AT&T merging with Time Warner, and Media set buying into ProSiebenSat.1. These media companies are willing to take big bets in order to gain critical mass. This will help boost content budgets and undercut competitors.

The points above make a strong case for a comeback of broadcasting companies. While the battle for future audiences has only just begun, it is clear that the astonishing rise of new players such as Netflix and Amazon Prime Video has been a resounding wake-up call for the sometimes passive incumbents. The question remains of how sustainable this content extravaganza will be. And it is safe to assume that the wave of consolidation will continue to sweep the industry. As professionals, we are looking at even more exciting times ahead. And as viewers, let us buckle up for even more remarkable content from new and older players.