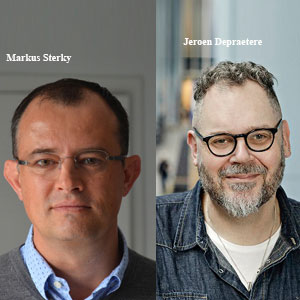 The obvious effect is that competition for audiences has intensified. In the analog world, the main competition came from national commercial channels which often had budgets in line with the public broadcasters. But with global and national VoDs (subscription S-, advertising A-, free F- and pirate P-) the audience has access to high-end drama and films, produced with budgets exceeding anything that can be raised in Europe, and at an almost never-ending volume.

The less obvious effects of the changes in the landscape are the radical challenges to the business models for television drama production. Where PSMs solely funded drama series in the early days of broadcasting, nowadays the level of funding by PSMs vary greatly, but usually somewhere between 40-60% is fairly common. And this makes the model more sensitive to the current changes in the external media landscape.

Also, with the rise of global streaming platforms, the DVD market has collapsed. The option to license a series for DVD or Blu-ray rental and sales has disappeared, thus reducing an important revenue stream for broadcasters. Public or commercial broadcasters who are still able to ffinance their drama productions by themselves fully are more the exception than the rule.

While the cost of “talent” – in front of and behind the camera – has escalated, driving up the overall cost for drama, it is the role of the external producer to raise the remaining funding. This can be raised in several different ways. Some territories allow for tax rebate schemes to stimulate local creative industries; others have regional or national film funds to achieve the same goal. However, the money raised using these models are rarely enough to f finance the drama production fully.

One way to find additional funding has been to approach international program distributors, e.g., BBC Studios or ZDF Enterprises, who will provide a minimum guaranteed revenue before production in exchange for the exclusive rights to sell the series to other broadcasters outside the originating territory.

Most PSMs have seen a need to increase drama budgets because of the growing VoD-market, which results in more and more producers competing for the distributors’ resources. At the same time, many of the distributors are themselves feeling the overall effect of the growing VoDs. The last choice to find coproduction financing is to turn to the VoD companies, e.g., Netflix, Amazon Prime, or HBO.

The business model for the global streaming platforms was initially to attract new subscribers by offering large back catalogs of films and (fiction) TV-series. Over time they needed to broaden their subscription basis which led to a focus on a constant stream of new titles.

The next step was to lower the threshold by providing programs in local languages.

“One way to find additional funding has been to approach international programme distributors, e.g., BBC Studios or ZDF Enterprises, who will provide a minimum guaranteed revenue prior to before production in exchange for the exclusive rights to sell the series to other broadcasters outside the originating territory”

This led to a drive to acquire the back catalogs from big drama producers in each respective territory, and who better to start with than the national PSMs – known for quality, consistency, and volume? As often, for cash strapped companies eager to increase revenues, it must have been a tempting choice.

In today’s landscape, most of the subscription VoDs are turning to investment in original productions. Either as a sole financier or as a co-producing partner. And all of them have teams dedicated to courting local production companies to find distinct and attractive offerings.

All work with a similar ambition, in exchange for funding to secure the online rights in the productions originating territory, to get these rights exclusively, to get the worldwide online rights and define the origination of the series. If producers or broadcasters go along with VoDs as a co-producing or pre-buying partner of online rights, the remaining rights to exploit are the international linear broadcast rights.

In the analog world, only having the broadcast rights was more than enough to generate potential revenue. But linear television is rapidly losing viewers, especially youngsters, to streaming services. Audiences expect that PSM online streaming services deliver the same user-friendliness and a strong catalog as their competitors. So in the new digital media landscape, the loss of online rights has made the product less desirable or, in some territories, even worthless. Offering both broadcast and online rights have become essential.

Pubic service media in Europe is trying to find answers to cope with the overwhelming competition from global streaming platforms. How can PSM secure competitive fiction budgets without having to sell off the exclusivity of the online rights in the own territory and secure that PSMs can get access to each other’s drama productions?

Two successful collaborations show the way. The ‘Drama Alliance’ between ZDF-RAI-FranceTV, these three big European broadcasters meet to discuss their ongoing fiction projects and potential new drama co-productions. The alliance is very lean and flexible, collaborating on a case-by-case approach. The alliance looks in financing the productions by themselves to safeguard the rights.

The ‘Nordic 12’ is a package of 12 strong A-drama series per year that all the Nor dvision broadcasters are committed to co-produce together to ensure that local drama remains the trademark for the Nordic PSM broadcasters. The thought behind is to offer the Nordic audience one new Nordic drama series each month, continuous over the year, in the same way as VoD platforms do.

Following the ’Drama Alliance’ and ’Nordic12’, now also smaller central and eastern European Public Service Media examine ways to collaborate. They decided to meet regularly and discuss the potential for a better network with first opportunities to co-produce, co-finance, or pre-buy fiction series.

The complexity, competitiveness, cost, and strategic value of drama have increased rapidly since the VoDs launched. Thanks to the global streaming platforms, the language of good international television drama is no longer limited to English. Audiences have learned to watch and appreciate series in different languages, opening the potential for easier exchanges and international collaborations.

The new media landscape is not all bad for PSM, certainly not. Thanks to Netflix and the other global streaming platforms, the new competition has forced PSMs to be more aware of audience tastes and needs, and adjust the editorial and commissioning choices accordingly. The competition has also resulted in a boom for drama and fiction production outside of the PSMs creating a larger and thus more diverse industry that PSMs also benefit from.