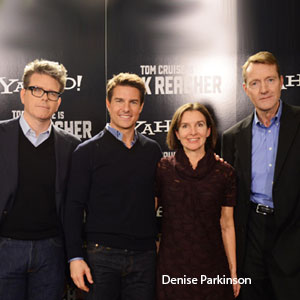 I have worked in media and entertainment for almost 30 years and I have seen many changes through the years. I still remember the transition from Video Home System (VHS) to Compact Disk (CD).I remember how the film and cinema industry dreaded the early release of VHS and thought it would stop people from going to the movies altogether. It did the opposite. When people discovered movies on VHS, they remembered how much they loved movies (which had been in a slump) and started going back to the cinemas. 1985 was a great year. Back to the Future, The Breakfast Club, Rambo, The Goonies all came out and broke records. The great fear of VHS was unfounded and stimulated the market. Fast forward to 2019, the disruption that the streamers have given the market is in full force, a thing that nobody predicted or saw it coming. Remember not that long ago - Netflix was just a postal mail order service. The content went digital, nuclear and original. This is where things got interesting - none of the big five mainstream studios ever saw this on the horizon.  The streamers have deep pockets through which they have been able to lure top talent in the form of directors, writers, and cast. They also have the advantage of going through data that reveals the kind of content people will respond to in real-time. Netflix and Amazon are able to utilize this in a way, the studios never have.

For the consumers, this is good news. The studios are pressing the throttle. Movies are getting very rich in effects to  utilise the cinema experience. Certain films should be seen in the cinema or IMAX only. It also means that meaningful stories and niche products that may have been passed on, has found an audience and home to the streamers. Netflix's ‘ROMA’ is a great example of a black and white movie shot entirely in the Spanish language with no recognizable talent. The movie was able to receive a huge digital platform release, exposing the content to millions that may never interact with that type of film.

Much work still to be done in educating the consumer as they may have just handed their credit card details over to a pirate site to watch the movies; they could not wait to see in the cinema

Not much has changed since the birth of the movies and back to Charlie Chaplin's time. It has always been about storytelling. The technology to produce the stories gets better and better with the help of computer-generated imagery (CGI) etc, and the platforms are now more diverse. The distribution into cinema with digital has saved the industry a fortune on P&L costs. Think back to the era when all prints around the country were cans of films, trucked to every destination in a country for the opening day, and then trucked around the following week. If you lived on the outskirts somewhere in a small town, your local cinema would show an old, dusty and damaged print which cannot be defined as a great user experience. Today, you can enjoy all that quality in your home or at a cinema hall. Any day now, the windows will change and the consumer can expect a day and date release of a title. This would mean paying a premium to watch on a device or smart TV with an incentive to see it in the cinema. Slowly, the consumer will decide and the barriers to content will collapse. Just as with TV no longer requiring "appointment to view" (unless it's the Super Bowl or World Cup), the consumer will benefit from seeing firstrun films when and where they want. No baby sitters to be hired and no parking fees. 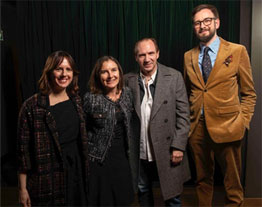 I still love the cinematic experience and always will. I am old school. As the younger population is harder to get into cinemas unless it's Marvel, we will see more alternative content on the rise taking the place of movies in the cinema. This is Opera, Theatre and Sport. Fantastic opportunities to view events that are normally out of reach, geographically or payments are too high for the tickets. The technology is so good that it is almost a superior way to consume these shows and events.

Piracy, of course, will always be an issue. There is so much work still to be done in educating the consumer as they may have just handed their credit card details over to a pirate site to watch the movies; they could not wait to see in the cinema. Of course, there are many downfalls like infection by virus and credit card fraud of which the consumer must be made aware of.. The latest threats are the ‘Koda Boxes’ that can be purchased legally off Amazon, allowing the consumer to go-to apps that look like legitimate film rental sites showing first-run films but they are pirate sites. This is one of the drawbacks of technology acceleration.

A handful of top filmmakers are choosing to go back to the old school. Quentin Tarantino's new film - Once Upon A Time in Hollywood is shot entirely in 70mm with now CGI. All the stunts, sets and effects are old school 60's filmmaking. It releases in August, and I suggest watching it in the beautiful technicolor of a cinema hall.